LARGEST CUT DIAMONDS IN THE WORLD

There have been many famous (and very expensive) diamonds found over the years. 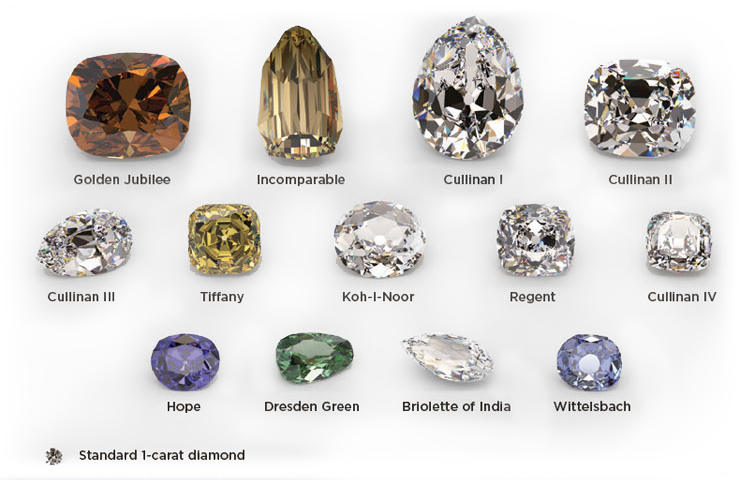 South Africa has proved to be a veritable treasure chest of superb stones with many notable diamond discoveries.

Eureka has historical significance as it was first discovered in South Africa by a 15-year old boy who thought it was just a pretty stone. This discovery led to the Kimberley Diamond Rush. A replica of the Eureka diamond was displayed at the 1867 Paris Exhibition. Over the next century, the diamond was sold and re-sold a number of times. In 1967, 100 years after the diamond’s discovery, De Beers bought the diamond and donated it to the South African people. The diamond was placed in the Kimberley Mine Museum, where it is currently on display.

The Excelsior, is a giant blue-white diamond that had an irregular shape and internal black spots. It was cut into 21 stones, with the largest weighing 69.8ct. 63% of the stone was wasted during the cutting process (primarily due to the black spots).

This diamond was originally named after Francis William Reitz, the then president of the Orange Free State where the stone was discovered. It was later renamed the Jubilee in honour of Queen Victoria’s 60th year on the throne.

The largest rough diamond ever discovered was named after Thomas Cullinan, founder and chairman of South Africa’s Premier mine. It was found 9m from the surface, protruding from a sidewall of the pit.

The diamond was sold to the Transvaal government who presented it to King Edward VII on his 66th birthday. The stone was cut into nine major stones and approximately 96 smaller diamonds. The three largest of these are part of the crown jewels of the United Kingdom.

Cullinan I, also called the Great Star of Africa, is the biggest of the collection at 530.2ct and is mounted in the British Sovereign’s Sceptre with Cross.

Cullinan II or the Lesser Star of Africa is the second-largest diamond of the collection, at 317.4ct, and is set in the front of the Imperial State Crown. 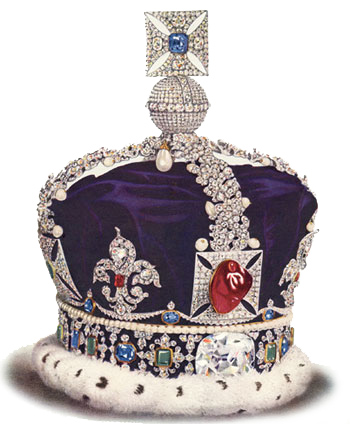 Johannes Makani, working for a poor diamond digger, Johannes Jacobus Jonker, discovered the rough stone of 726ct. It was bought by a famous New York jeweller, Harry Winston who cut the rough stone into 13 gemstones. The largest diamond, Jonker 1, weighed 142.90ct. Jonker 1 was later re-cut to eliminate flaws and improve its brilliance.

* Approximately 5km south of the Premier mine (now Cullinan diamond mine)

Christie’s unveiled the top lots that will go under the hammer at its Magnificent Jewels auction in Hong Kong this May, including Harry Winston’s famous Jonker V diamond.

The stone is one of a collection of 13 polished diamonds cut from the famous 726-carat Jonker rough, which digger Jacob Jonker discovered at South Africa’s Elandsfontein mine in 1934. The rough diamond, which at the time ranked as the world’s fourth-largest gem-quality diamond, was sold the following year to Harry Winston and was subsequently displayed during the Silver Jubilee Celebrations of the Coronation of King George V and Queen Mary, the auction house explained. 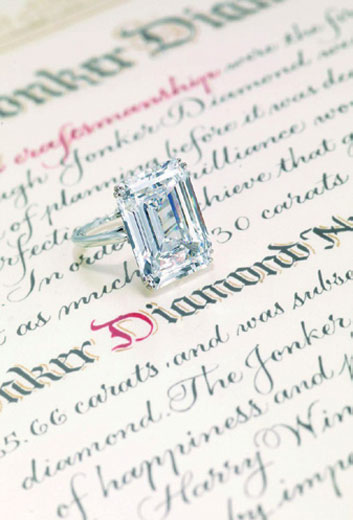 The Jonker No. 5 Diamond by Harry Winston goes up for auction. Photo courtesy of Christie’s

The stone was bought by Harry Winston who studied it for six months before working on it. In 1969, it was purchased by actors Richard Burton and Elizabeth Taylor. It was subsequently worn by Elizabeth Taylor at Princess Grace of Monaco’s 40th birthday and at the 42nd Academy Awards. In 1980, Robert Mouawad of Mouawad jewellers, and the diamond’s subsequent owner, had it recut to 68.0ct.

The stone was purchased by the Mouw Diamond Cutting works, a Johannesburg company and named after Mrs Rose Mouw. It produced three gems, the largest the pear-shaped Premier Rose. 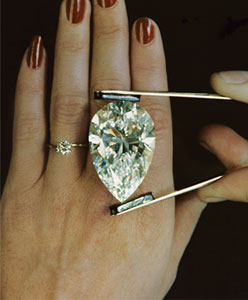 The Golden Jubilee was presented to the King of Thailand in 1997 for his Golden Jubilee – the 50th anniversary of his coronation – by a syndicate of Thai business men. It is the largest cut and faceted diamond, of any colour, in the world.

The Centenary was named to commemorate De Beers’ 100th birthday. 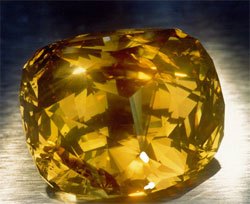 It was named after Shah Jehan who built the Taj Mahal. Its current location is unknown.

A Persian conqueror acquired the diamond and named it Koh-I-Noor meaning ‘Mountain of Light’. The diamond was given to Queen Victoria in 1850 and is now part of the British Crown Jewels.

Some Indians consider India to be the rightful owner of the Koh-i-Noor diamond and would like the diamond to be returned to their country. 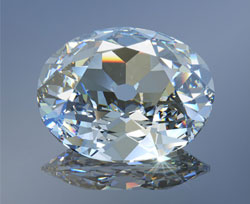 The Incomparable was found by a young girl playing in a pile of rubble that was deemed too bulky to be worth scanning for diamonds. The biggest piece of rough yielded this magnificent, rare yellow diamond.

* Near MIBA diamond mine, Democratic Republic of Congo

Red colored diamonds are very rare and the Moussaieff diamond, originally named the Red Shield, is the largest known red diamond. It is currently owned by Moussaieff Jewellers Ltd.

The Hope Diamond was set in the royal crown of Louis XIV but was stolen during the French Revolution. In 1830, Henri Thomas Hope, a diamond dealer, bought a blue diamond which is believed to be part of the Hope Diamond. It was gifted to the Smithsonian Institute in Washington DC in 1958.

The Hope Diamond is supposedly cursed, bringing bad luck to anyone who owns it.